Every moment is an opportunity to start over.

I’ve been on quite the synthwave ride these last couple of months and have loved every minute of it!  Thanks for coming along on the ride with me and appreciating the new sounds and explorations.

Now, though, it’s time to get back to my roots and release one of my signature melodic, jangly, guitar driven indie folk rock songs. I re-released ‘Wishing Away’ on July 29th with a brand new music video created by yours truly. This song was originally released on my 2016 album ‘no static’ and was co-written with the mega talented Ron Yamauchi.

When I was growing up my mom had a saying that she would say in response to myself or my sisters saying things like ‘I wish it was the weekend’ or ‘I can’t wait for X to happen!’

She would say, ‘Don’t wish your life away!’

My latest release ‘Wishing Away’ is a response to my Mum’s tried and true mantra…Every moment is an opportunity to start over, embrace those moments! 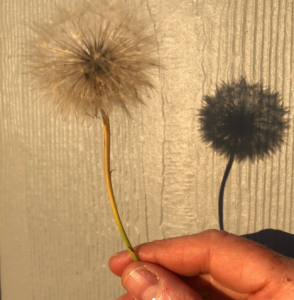 The music video stars my hands. They played the very convincing roles of candle holder, dandelion stem holder, guitar player and holder of wishes. It’s a video I made myself on my own computer, in my own house, and in my own backyard.