Spent a good chunk of a dazzling spring day wandering through the grave stones at Vancouver’s Mountain View Cemetery . We followed a self-guided walking tour on the smart phone that led us through the Fields of Honour, the Chinese section, the Infant Areas, the Firefighters section, the Japanese section, and the Fraternal Groups (Masons, Oddfellows, for example). The cemetery reads like an historical text of the area’s history since the late 19th century & European colonization. 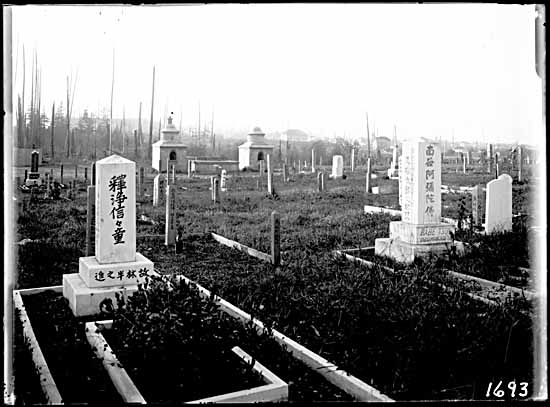 There’s an entry in Wikipedia that lists prominent Vancouverites buried there. Some are easy to find & others not so visible. We spent a good chunk of time searching for legendary lifeguard & Vancouverite Joe Fortes’ grave in the 1919 section. Apparently his grave is marked by a stone set in the earth with the simple inscription of “Joe.” We didn’t find it, despite our ardent efforts. We did, however, find Janet Smith’s grave in the same section near 41st Avenue. The murder of Janet Smith in the 1920’s occupied the courts, the media & the policy makers of the day, and enthralled the public. The case became known as the most famous unsolved murder case in BC & intertwined threads of racism (a Chinese servant was convicted of the murder & tortured by a group dressed in Klu Klux Klan outfits to illicit a confession), political corruption & nation building (the Janet Smith bill & police cover-ups) and high society scandal.

My interest was piqued. I wanted to know more about “the Scottish Nightingale” – the moniker used after her murder. Immediately after the walk I came home & put a hold on Ed Starkins’ “Who Killed Janet Smith?” and did some searching. There’s more on this case from the Dictionary of Canadian Biography. Another view of the murder is woven through is Sky Lee’s novel “Disappearing Moon Cafe”…